I thought I would take a moment and update on the progress we have seen with little man.

Several weeks ago we decided to greatly reduce his milk intake to try and get him to eat more. He fought us hard and I wanted to give up so badly. I felt like a failure of a mom. He screamed through meal times and was up all hours of the night. We stayed consistent through the nightmarish events and I was more than sleep deprived. After three weeks we finally started to see progress.

Now, we have gone from little man consuming four gallons of milk per week down to a gallon and a half. He asks for water to drink. He asks for actual food to eat and has tried several new things. His sleep has improved so much that I actually wake up panicking because I think somethings wrong since he hasn’t cried. 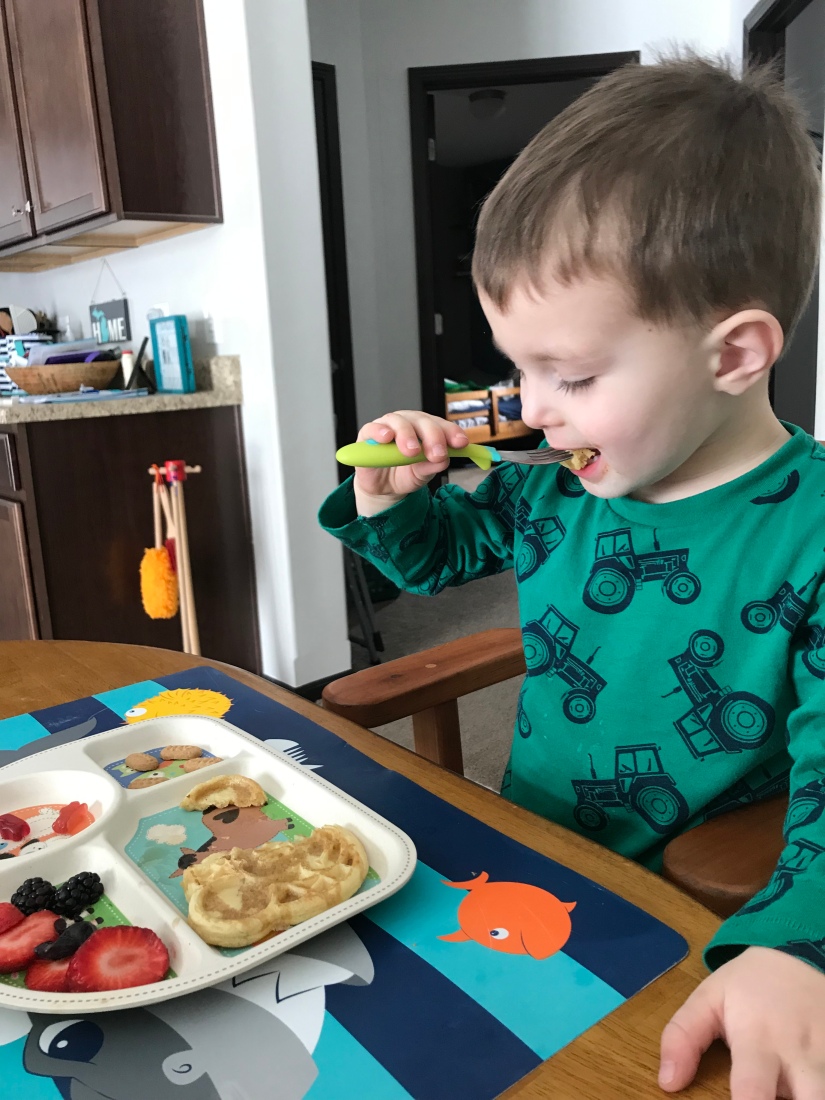 My cousin is an occupational therapist and she had suggested that he may be seeking proprioceptive activities. I had never heard of that word in my life but I started researching. Almost everything I found related back to our little man. Proprioceptive basically means that he requires stimulation from pressure to his body. This explains why he plays really rough, pushes, hits, rubs up against me when he’s tired, etc. Now, some of that could be just him being a kid and also an energetic boy. However, we started implementing these so called “heavy work” activities before bed. Mostly we would roll him playfully in a blanket and let him fight his way out. I let him push laundry baskets full of clothes or toys around the house, he jumps on his trampoline, he bounces on a ball, or we swaddle his legs so he can wiggle around like a snake. Constricting his body like that gives him the stimulation he needs to burn excess energy in a way that I never would have thought possible. 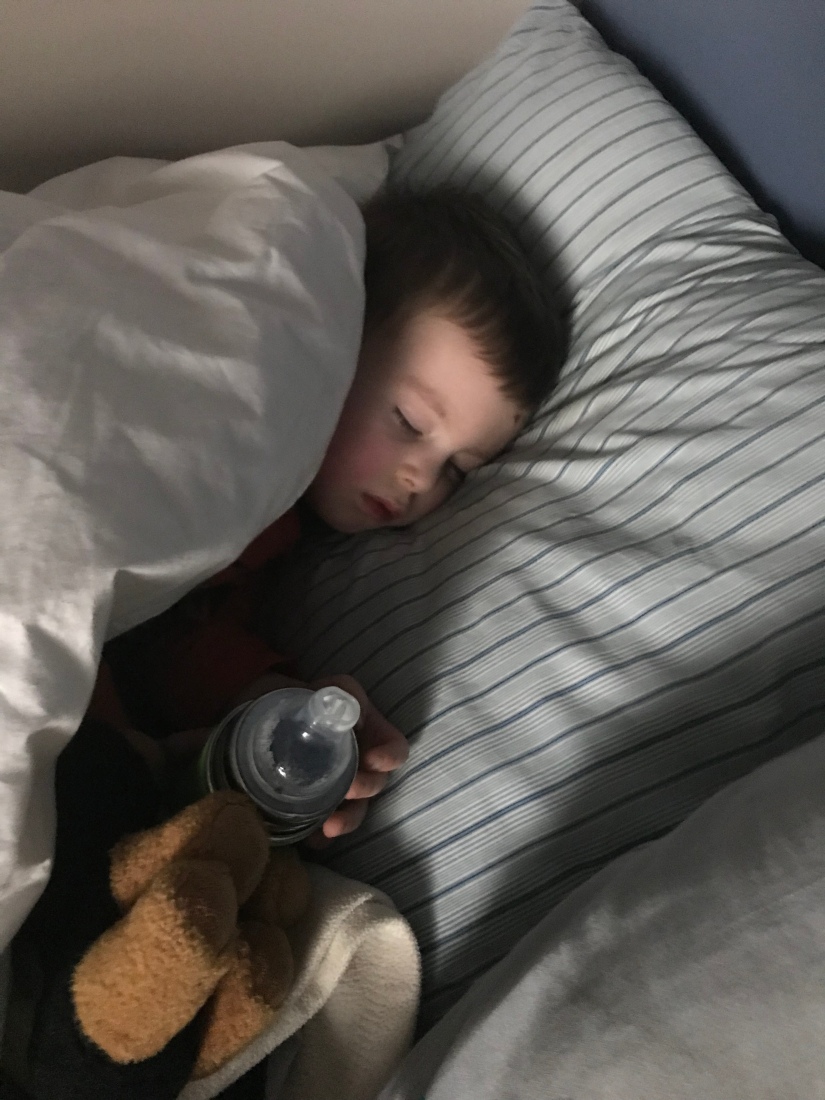 We also got him a weighted blanket. This gives his body that sense of constant pressure that calms him down and helps him feel secure when he’s sleeping-so that he’s not calling out for us at all hours of the night. 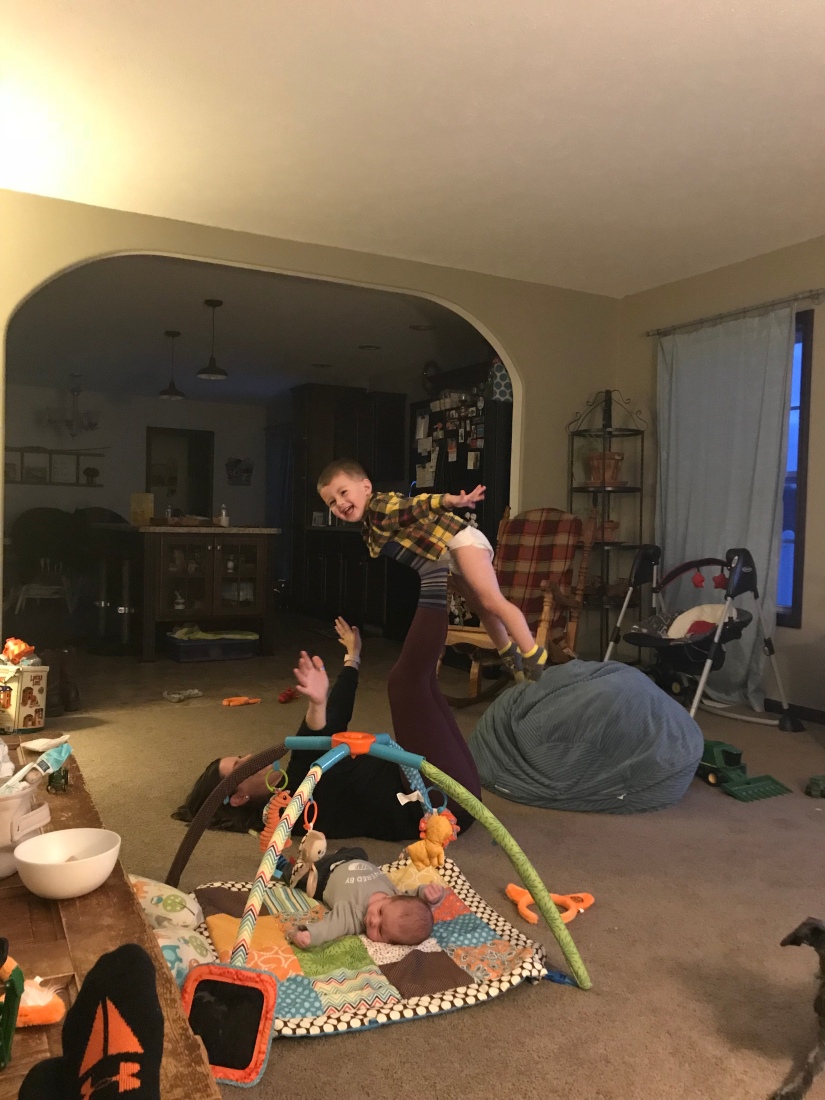 This past week little man has slept 9 hours a night every night. He has only cried once or twice to be tucked back in. I cannot begin to tell you how much better rested that I feel even though I’m getting up at all hours with the little peanut.

God definitely gave us the perfect combination of what was needed to solve little mans sleeping problems. It wasn’t just one thing but several. I am so glad that I have people in my life who suggested things to try. Even though some advice can feel judgmental at times I have learned to listen and take suggestions in stride.

I am a stay at home mommy to two of the most preciously chaotic boys in the world. I’ve been married to my love for over a decade. We live on what my husband calls a “hobby farm”. I have learned so much from being a mom. Writing is therapeutic for me. I share the truth of my heart so that others know they aren’t alone. View all posts by ChelseaNixon